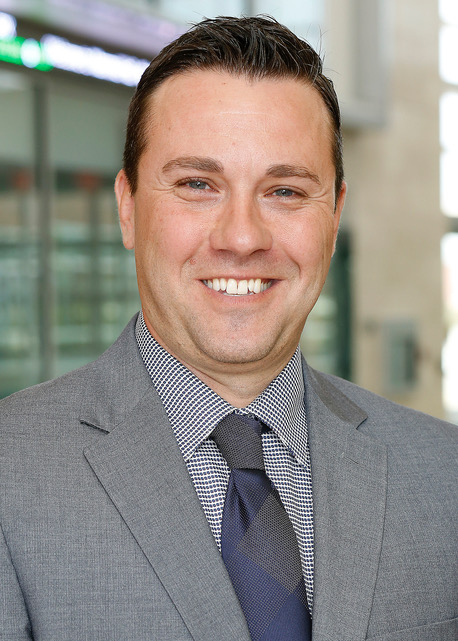 Zach is a shareholder and Environmental Services Department Manager for E & A Consulting Group, Inc. Zach is a graduate of University of Nebraska Omaha & Lincoln where he received his Bachelor of Science in Construction Engineering Technology. In 2004, Mr. Jilek accepted a position with E & A Consulting Group, Inc. and formed their Environmental Services Department.  In 2012, Mr. Jilek became a stockholder of E&A and in 2013 he was elected to the Board of Directors. In addition to his duties in the Environmental Services Department, Jilek serves as a trustee for E&A’s 401(k). Personally, Zach is married to Nicole and they have two children, Zachary, Jr. and Emily. His family resides in northwest Omaha. In his spare time, he is an avid hunter and fisherman and is constantly improving a parcel of land in north central Nebraska as a hunting retreat.

Mr. Mueller's experience with erosion control inspections began when he started working with the Missouri Department of Natural Resources in the early 90's. During that time, he worked with EPA Region 7 inspectors on several joint inspections. When Phase II storm water was implemented, he worked with communities in developing their storm water management plans. In 2016, he became the chief erosion control inspector for St. Charles County, where he also helps in the management of their MS-4 program.

Mr. Mueller has as a Bachelor of Science degree from Iowa State University. He is a Certified Erosion, Sediment and Storm Water Inspector (CESSWI). He was a revision team member for the third revision of the Missouri and Kansas "Protecting Water Quality Guide." He has participated on several committees in the drafting of land disturbance and general storm water permits.

Mr. Mueller is active in his home community. He is a Fire Board Director and Lieutenant with the local fire district, where he is a state certified instructor in firefighting and hazardous materials. He is the local volunteer Emergency Management Director and is the local Disaster Action Team leader for the American Red Cross. 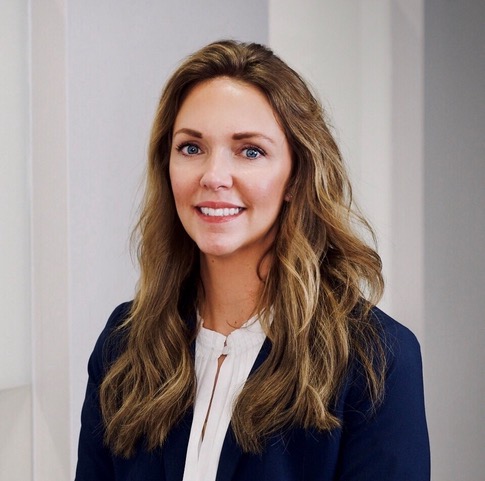 Melissa Campbell is a Senior Environmental Scientist with JEO Consulting Group, Inc., an engineering, architecture, planning, and surveying firm. JEO has 11 offices located throughout Nebraska, Iowa, and Kansas, with Melissa based out of their South Sioux City, Nebraska office.

Melissa received her Bachelors of Science degree in Earth Science from the University of South Dakota in 2009. Her professional experience includes working as a Research Associate for the Missouri River Institute, geology lab instructor for the University of South Dakota, and most recently as an Environmental Analyst for the City of Sioux City, Iowa. Melissa gained a wealth of knowledge of MS4 requirements while she was with the City of Sioux City serving as the MS4 Program Administrator. After spending five years with the city, Melissa joined the consulting world with JEO.

As a Senior Environmental Scientist, Melissa is heavily involved in MS4 permit administration and compliance, wetland delineations, and Section 404 permitting. With these types of projects, Melissa uses past experiences in stormwater management and erosion/sediment control through her work as a project manager for green infrastructure projects, implementing public education and outreach programs, preparing Stormwater Pollution Prevention Plans, and inspecting construction sites and municipal facilities for stormwater permit compliance. 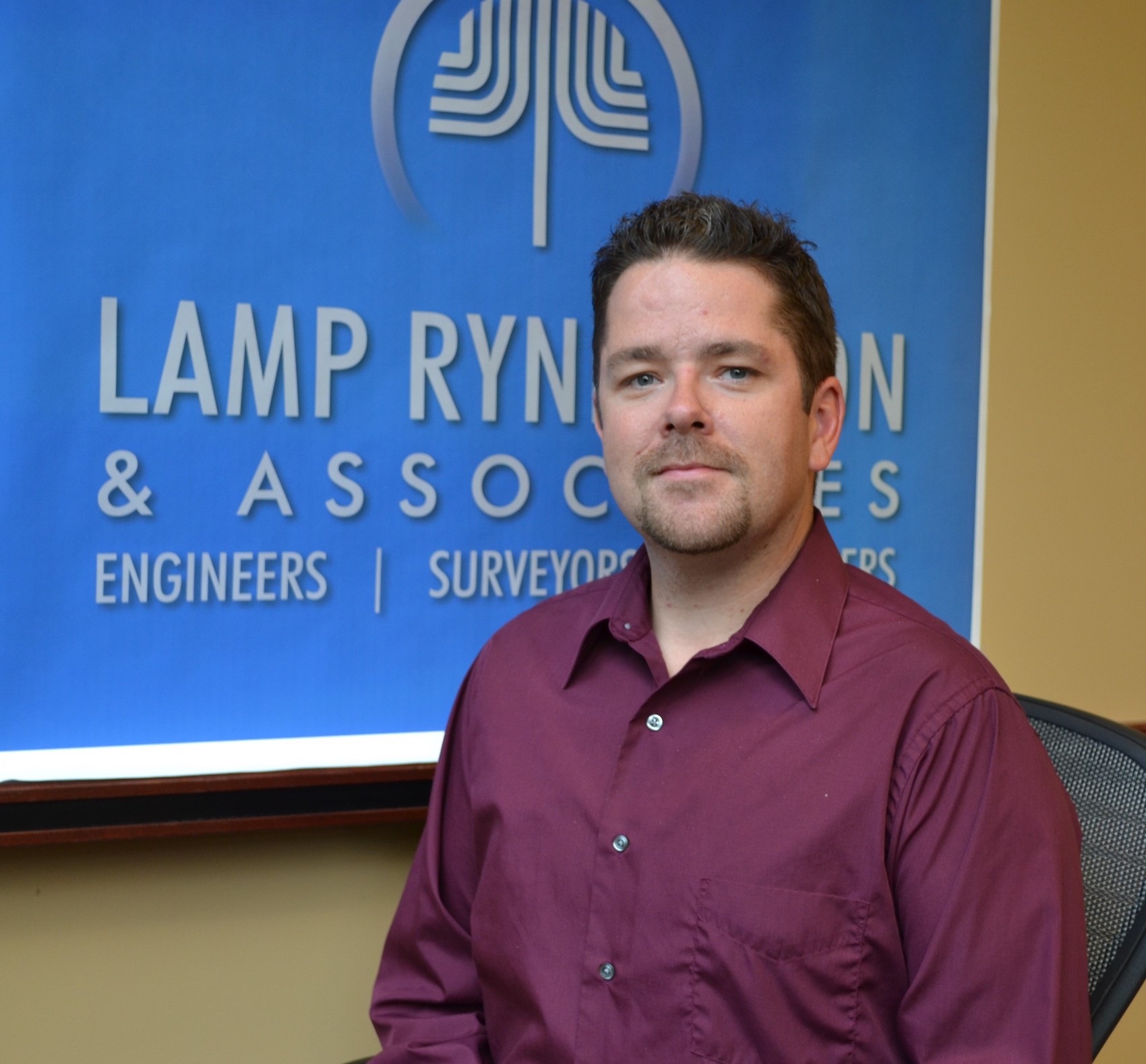 Thomas M. Wells, CPESC, CISEC is the Environmental Services Manager for Lamp, Rynearson Associates, Inc. a Civil Engineering firm based out of Omaha Nebraska. Tom has worked in the storm water industry for 18 years focused on the cradle to grave approach to construction storm water. From Storm Water Pollution Prevention Plan design/review, regulatory permitting, compliance inspection, client/contractor/regulatory coordination through final stabilization as well as into post construction Stormwater management design, inspection, and coordination. The primary focus for Tom has been on residential, commercial site, as well as linear construction projects. In his 10-year association with the International Erosion Control Association - Great Rivers Chapter, Tom has served in several roles on the Board of Directors including Board Member, Treasurer, Vice President, and President. When he's not busy trying to save the environment, his 5 kids and amazing wife keep him very busy. 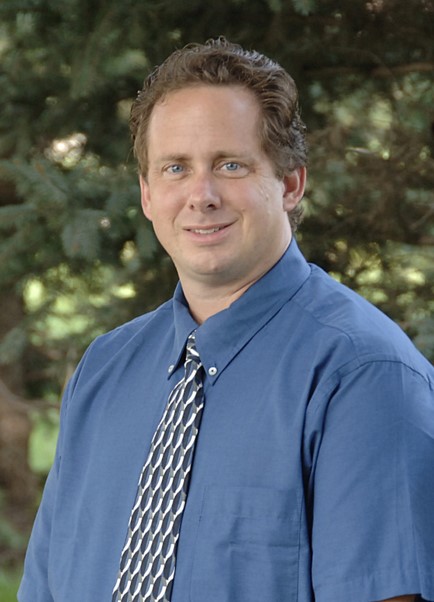 Ronald Poe, PLA, CPESC is a Highway Environmental Program Manager at the Nebraska Department of Transportation. He received a Bachelor of Landscape Architecture from Iowa State University in May 1993. In October 2003, he joined IECA in an effort to educate himself about the erosion and sediment control industry, as well as stormwater initiatives that were happening on the national level. In November 2004, he achieved the Certified Professional of Erosion and Sediment Control (CPESC) Certification and in October 2008, he completed the licensure process and is licensed as a Landscape Architect in the State of Nebraska.

Mr. Poe has been employed in the stormwater industry for approximately 25 years; beginning his career in 1993, working as a landscape designer for a design/build contractor. In 1998, he transitioned to the Nebraska Department of Transportation where he learned the art of erosion control design. Currently he leads NDOT's Roadside Development & Compliance Unit (RDCU), comprised of eight staff dedicated to the erosion and sediment control and stormwater profession.

With his DOT responsibilities, Mr. Poe has a thorough understanding of the erosion and sediment control and stormwater industries. He coordinates regularly with state and federal agencies, consultants, contractors and product representatives in regards to Best Management Practices, design techniques, stormwater and other environmental issues.

In October 2005, Mr. Poe was elected onto the Board of Directors for the Great Rivers Chapter and continues to serve in that capacity today. He currently serves as President of the Chapter, a position that he has held for the past two years. In 2017, the Great Rivers Chapter received IECA's "Outstanding Membership Retention" Award. Receiving this award was a testament to efforts of the Chapter leadership in providing quality education to our mission. 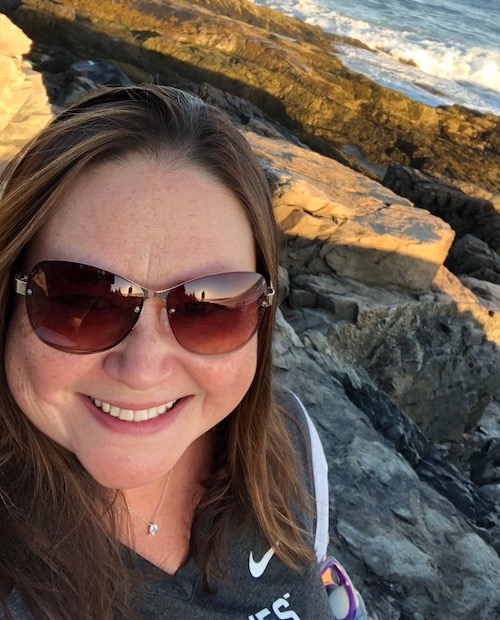 Darice Baxter has served on the Great Rivers Chapter of IECA since 2007 and, is the current GRC Secretary. She also serves on the Johnson County Storm Water Alliance (JCSWA) board and is a member of the Iowa Storm Water Education Program (ISWEP), representing the University of Iowa in its commitment to the environment.

Darice's primary job responsibility at the UI is to oversee stormwater quality compliance at construction sites, she reviews, approves and proposes modifications to Storm Water Pollution Preventions Plans (SWPPP's ) that are to be implemented during construction projects. As such, she is an integral part of the building process of all newly constructed buildings at the University of Iowa. Each new building or remodeling project that disturbed one acre or more has been assessed by her. Darice encourages stormwater post-construction practices to be implemented and recommends best management practices utilized on individual sites. During the construction phase, she inspects each site weekly for SW compliance.

In her free time Darice enjoys pursing her hobby of stained glass artistry, biking, Iowa football, gardening and spending time in the outdoors with her husband Jason, son Kade and their two Akita's Kai & Kirin. 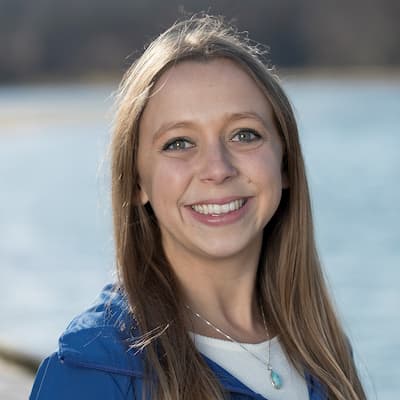 Sarah Davis is a Stormwater Specialist for the City of Springfield, MO where she oversees several programs related to MS4 compliance, including industrial inspection, land disturbance permitting, post-construction inspection and municipal good housekeeping. She has undergraduate degrees in Biology and Environmental Science, as well as a Master's Degree in Biology. In addition, Sarah is a Certified Erosion Sediment and Stormwater Inspector (CESSWI) with 10 years of experience in sediment and erosion control best management practices. 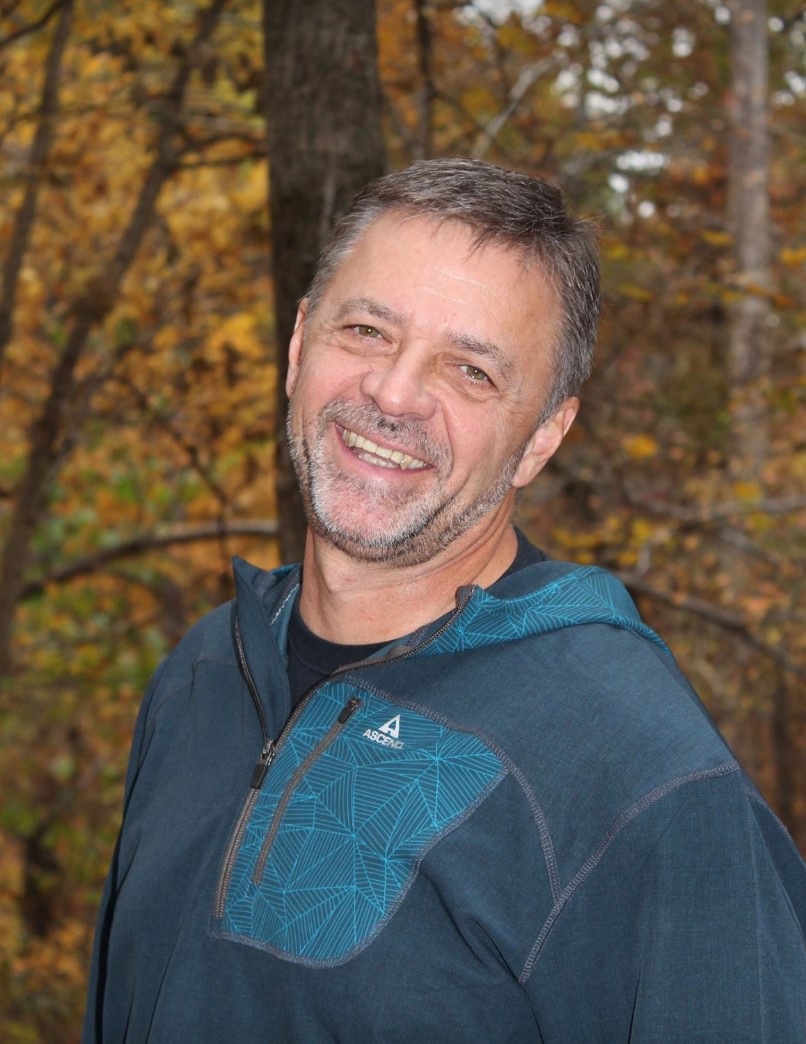 I am a graduate of the University of Missouri – Columbia with a degree in Agriculture/Agronomy & Horticulture. I practiced as a Landscape Contractor and Designer in the Kansas City area as well as the Washington D.C. area for 10 years including Erosion & Sediment Control projects. I have been in the Erosion Control Industry as a Supplier and Consultant since 1990 and with Hanes Geo Components as a Regional Manager since March 2018. In my current position I manage our offices in Kansas City, St. Louis and Indianapolis and the 7 states within those territories. I work directly with developers, municipalities, state agencies, engineers, architects and contractors creating sustainable solutions with a wide range of products and practices.

I became a Certified Professional Erosion & Sediment Control Specialist (CPESC, #763) in 1992 and from 2000 to 2012 I was the Missouri State Representative for the CPESC Program. I am active locally with the American Public Works Association, the American Society of Consulting Engineers (including the Kansas and Missouri Chapters), the Soil & Water Conservation Society, the Engineer’s Club of Kansas City and several local charities including the Leukemia & Lymphoma Society and the YMCA Challenger program for kids with Special needs. 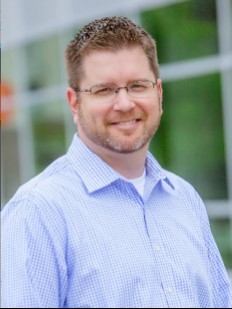 Jonathan (J.B.) Dixon is an Environmental Planner with Felsburg, Holt & Ullevig, a transportation and environmental consulting firm, in Lincoln, NE. Prior to joining FHU, J.B. spent 12 years as an Environmental Specialist with the Lower Platte South Natural Resources District in Lincoln, NE, before moving into the private sector in February of 2013. As a consultant, he is serving the needs of Phase I and II MS4s, as well as non-traditional MS4's, understanding that each have unique water quality challenges to address. In his time with the Lower Platte South NRD, he coordinated the permitting and inspection of all NPDES-permitted construction sites, educating designers, developers, contractors, and landowners on stormwater management. He was instrumental in introducing Green Infrastructure and Low-Impact Development concepts to the community. He also assisted rural landowners identifying sources of pollution, and provided technical assistance for remediation. J.B. is a past President and board member of the IECA Great Rivers Chapter. He was also a past Committee Chair of the MS4 Management Educational Track for IECA, and has served on the Professional Development Committee. 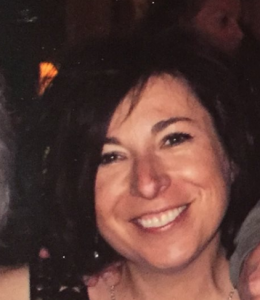 Kim is a creative professional with experience in all aspects of successful marketing, advertising, public relations, event planning, social networking and management. She excels in managing multiple projects concurrently with strong detail, problem solving and follow-through capabilities. Kim’s demonstrated ability to manage and motivate cohesive teams that achieve results is one of her greatest assets.

Kim serves as support for associations and is responsible for the technical and educational programming of conferences and regional events. Kim also plays a key role in successfully championing innovative initiatives including webinar development and video re-broadcasting of education/conference content, delivering an excellent experience for both attendees and the associations that she has represented. Years of involvement with trade organizations and associations has allowed her to develop long term, successful business relationships across many industries.